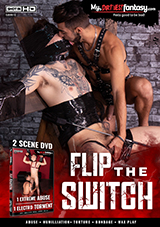 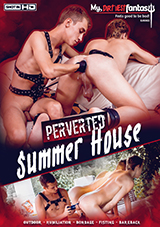 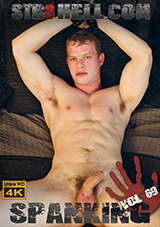 Omer Turkan is a very hot guy. He has a beautiful ass as we see when, blndfolded,gagged and shackled, he kneels on the bed. His tormentor starts to feel that sexy ass, spreading the cheeks to really show the hairy hole. The hands start to spank on those hot ass cheeks making Omer moan loudly. His jockstrap is wedged up into that hot ass crack as the heavy hands spank on those sexy cheeks. Omer's moaning continues as a crop is used on that hot ass too. Then oil is dripped onto his sexy ass and a toy is rubbed up and down his ass crack. The blindfold is off as the toy pushes against Omer's tight hole. He bites on his gag as the toy fucks into his hot, hairy, hole. Zoran Jakotyc is a very hot guy. In this spanking scene he is shackled and blindfolded as he lays on the bed wearing only his underwear. He pulls on his shackles as his tormentor arrives and gropes the underwear. The hands gag a moaning Zoran and slap his chest and pull on his nipples. He writhes and pulls against his ties as he feels the hands all over his body. Zoran's nipples are pulled hard and his chest is slapped. As the chest is slapped Zoran's underwear is groped hard too. His pit hair is yanked as well as he moans loudly. The underwear is pulled down to release Zoran's cock and balls. His pubic hair is pulled and then his cock and balls are groped. The heavy hands slap on his torso and his cock and balls are pulled.
Studio: William Higgins
Series: Spanking
Director: William Higgins
Starring:Milan Neros Omer Turkan Zoran Jakotyc
Title: Black Muscle Devin Trez Disciplines New Dog Tony Orlando With Intense Bondage
Added On: Thursday, June 4, 2020 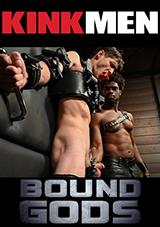 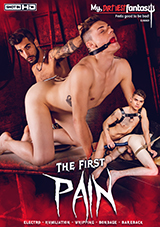 There's always a first time for everything, for these boys it's not going to be comfortable! Starting off with Liam Stone and Yah-Jil, who firstly ties the boy up before commencing the torment! Yah-Jil spanks the boy and now and then rims the boy's hole to ease the ache, but it's not all over yet! After a brutal fuck, Liam is moved over to a medical-style bed, where the torment continues, his cock and balls are placed in a vice, however, Yah-Jil wants to ease the ache for the boy, so he sucks and jerks the boy's cock! Moving on to the second scene, Noah gets a fierce torment by Titus, After being fucked, and Titus pleased, Noah is put into a hole in the wall, bound, and he has his hole played with by different toys! But it'd seem Noah is enjoying himself, which, isn't allowed! So Titus ties up the boy, puts some pegs on his body, and then whips them off! With the torment over, Titus now places Noah on a table, tied down, and jerks the boy till he bursts!
Studio: Staxus My Dirtiest Fantasy
Director: Timmy Treasure
Starring:Titus Snow Liam Stone Yah Jil Noah Pierce
Title: Heavy Handed: Blake Hunter Flogged, Fucked And Fisted By Arad Winwin
Added On: Monday, June 1, 2020 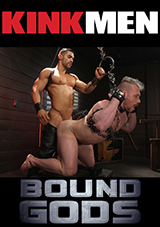 Blake Hunter's a big, thick stack of muscle who likes to get his ass played with. Good thing hugely ripped Arad Winwin's around to give him a complete work over. Arad flogs him, crops him, fucks him and fists him. Ultimately, using this big stack of muscle brings Arad to the edge, so he shoots his hot cumload all over Blake's face and gagged, open mouth.
Studio: KinkMen Bound Gods
Series: Bound Gods
Director: Sebastian Keys
Starring:Blake Hunter Arad Winwin
Title: Arad Winwin Breaks In A New Slave
Added On: Thursday, May 28, 2020 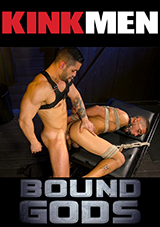 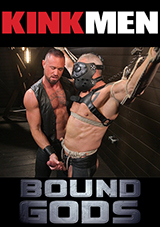 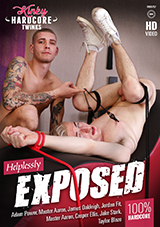 It’s easy to imagine that cute little twinks are as innocent as new-born lambs, but don’t you ever believe it. In fact, if this uber-horny collection of mega-time whores are anything to go by then they’re possibly even sluttier than their older counterparts. Blame the deluge of porn they’ve been watching, but these doe-eyed lads like it rough and they like it hard; and if anything the sunshine only seems to make their appetite for cock in their ass even greater. From anonymous sex to being bound up in bondage with your nipples clamped, this bevy of beauts aren’t happy until they’ve been used to the point of humiliation; with a hot creamy wad every time to underline their sweet contentment!
Studio: Kinky Hardcore Twinks
Starring:Adam Powers Master Aaron Casper Ellis James Oakleigh Taylor Blaze Jake Stark Jordan Fit
Title: Hiker Tony Prower Held Captive By Soldier Riley Mitchell
Added On: Thursday, May 21, 2020 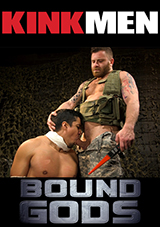 Tony is at the mercy of Riley Mitchell. Riley doesn't believe Tony was simply out for a hike and will use whatever means necessary to get Tony to talk.
Studio: KinkMen Bound Gods
Series: Bound Gods
Director: Sebastian Keys
Starring:Tony Prower Riley Mitchel
© 2003 - 2020 Agaylist.com all right reserved.